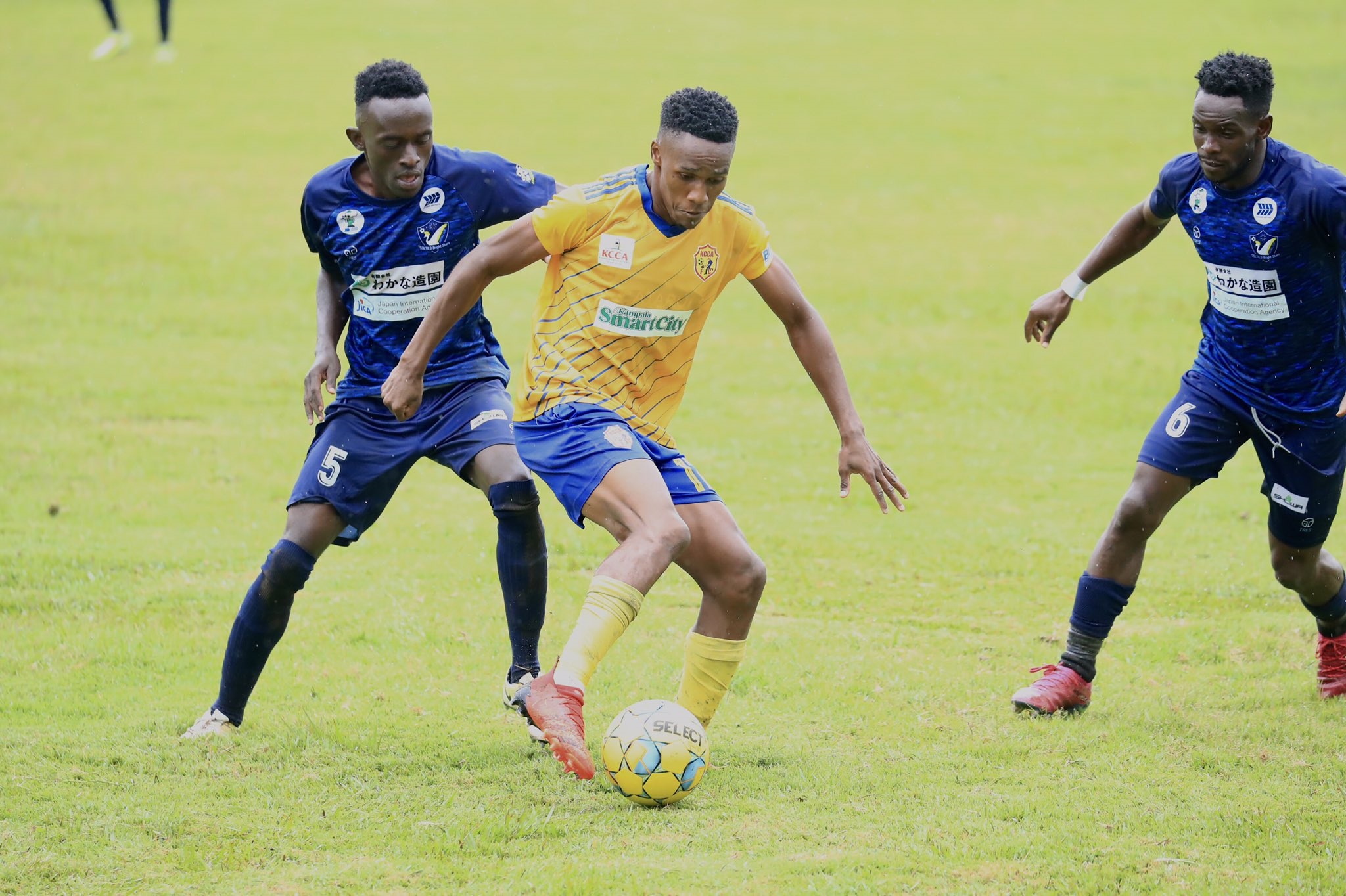 The SUPL table leaders KCCA FC failed to keep their one hundred percent record after dropping two points against Solitilo Bright Stars in a one all draw.

In the game played at Kavumba recreation ground today after noon, the hosts scored first through Nelson Ssenkatuka in the 51st   minute before Ashraf Mugume made it level for the guests.

The kasasiro boys still lead the table with 13 points out of five games.

In other games, URA FC faced a heart breaking loss as Arua Hill over turned their 2-0 lead in a five-goal thriller.

In a dramatic action at the Balifa Stadium in Arua, the visitors took a lead after Kabon Living beat the goalkeeper with a stunning free kick. Rwothmio Cromwell’s header was the second for URA FC before Ssekamatte Samuel pulled one back for the Kongolo’s in the dying minutes of the second half.

The Kongolos put the game on level terms through Ssekamatte’s penalty in the 48th minute before Alfred Leku grabbed the third and the winning goal two minutes later to complete a 3-2 comeback.

Leku’s efforts were brought to an end after receiving a second yellow card for a challenge on Derrick Ndahiro with 10 minutes to full time. Moving to St Mary’s Kitende, Vipers captain Halid Lwaliwa’s header was enough for the Venoms to bag all the three points against Onduparaka FC. Vipers are the second at the SUPL table with 10 points out of four games played.

Express FC have also grabbed their second win of the season after beating the struggling Police FC by 2-1. George Senkamba’s 90+5 minute goal put Police FC’s hopes of getting their first point of season on hold.

Deus Bukenya gave the Red Eagles an early lead in the first quarter of the hour before Juma Balinya scored an equalizer for the hosts.

Results of all match day five.

Eritrean players disappear in the U-20 CECAFA Championship

US Diplomats to boycott the 2022 Winter Olympics in Beijing, China

Eritrean players disappear in the U-20 CECAFA Championship

SC Villa start the season with a win