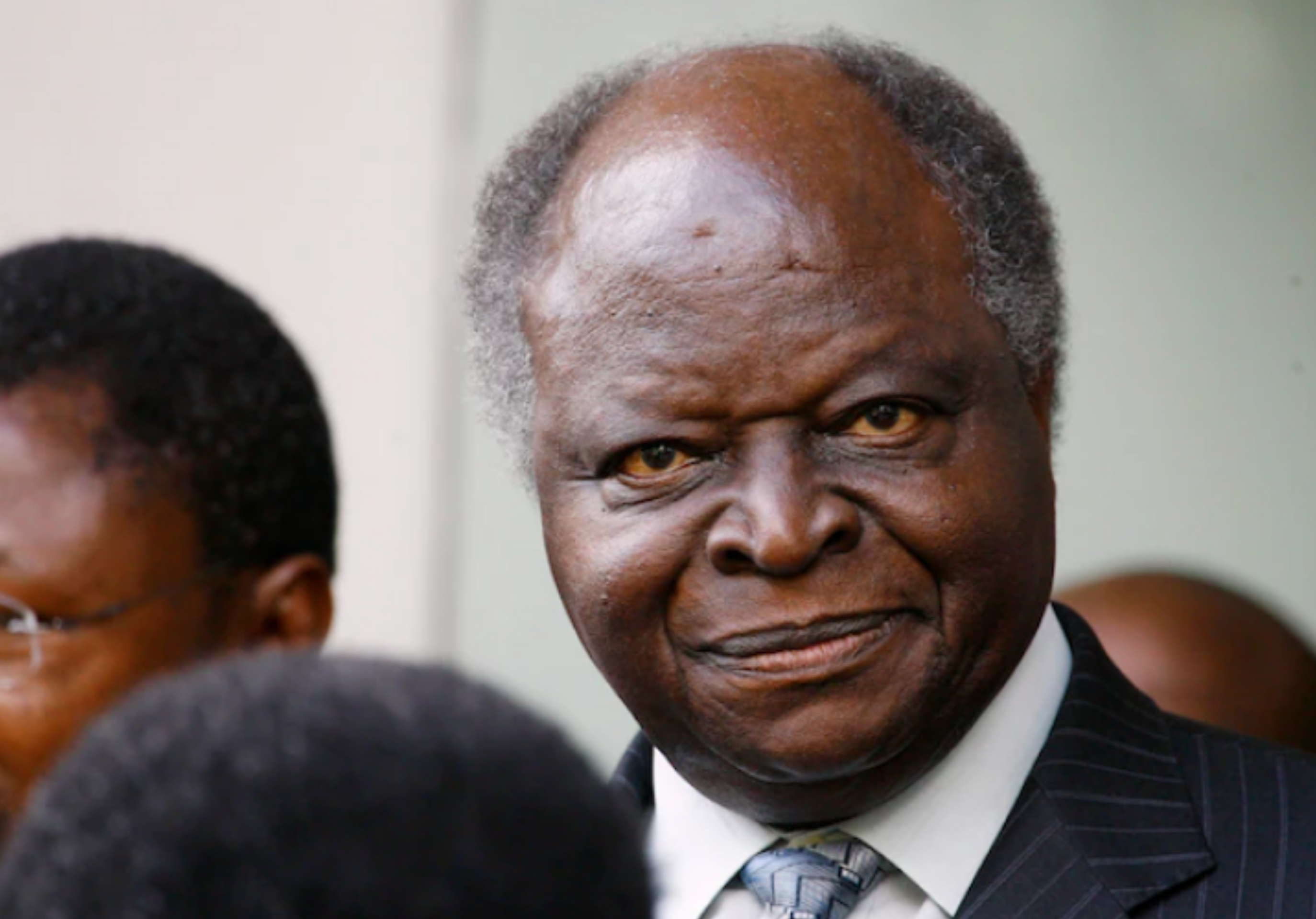 On Friday, April 22, 2022, the President of Kenya, Uhuru Kenyatta announced the passing of former Kenyan President Mwai Kibaki who had passed on the previous day and had lived a long fruitful life of 90 years. In his statement, President Kenyatta said, “President Kibaki will be forever remembered as the gentleman of Kenyan politics, a brilliant debater whose eloquence, wit, and charm won the day time and time again.” Kibaki was the third Kenyan President from December 2002 to April 2013 after succeeding the late Daniel Arap Moi. He was very instrumental in the birth of independent Kenya due to his sharp-witted and wily character which made him very successful in the country’s politics. His tenure as the country’s President was sliced with mixed emotions where the country experienced its bloodiest crisis but also became a thriving economy with free primary education introduced in 2003.

Emilio Stanley Kibaki was born on November 15, 1931 in Gatuyaini village to Kikuyu peasants, Kibaki Githinji and Teresia Wanjiku. His schooling started in Gatuyaini village where he spent two years before proceeding to Karima mission school and then moving to Mathari school between 1944 and 1946. He completed his O Level education at Mang’u High School where he excelled in the highest grade. He had considered joining the army during his last year at Mang’u High School but it was during that time that members of the Kikuyu, Embu, and Meru communities were prohibited from joining the army. A young Kibaki then decided to come to Uganda and attended Makerere University where he studied economics, history, and political science which earned him a first-class honors degree in economics. His excellent performance earned him a scholarship to study at any university in the UK for his post-graduate studies. He chose the London School of Economics where he passed with distinction from pursuing a Bachelor of Science in Public Finance. He then came back to Uganda in 1958 for a teaching position at Makerere University before returning to Kenya in 1960.

In 1960, Kibaki’s political career kicked off. This saw him joining the Kenya African National Union (KANU), which needed educated comrades whose brilliant heads combined would lead Kenya to independence. When Kenya became an independent country in 1963, Kibaki became a Member of Parliament for the Donholm Constituency in Nairobi. Due to his prowess in economics, he was appointed the parliamentary secretary to the Finance minister in that same year. It took three years for President Jomo Kenyatta to appoint him to his cabinet as a minister of trade and industry and later became a Finance and Economic Planning minister in 1969, a ministerial position that he held until 1982 and was praised for his outstanding performance.

When the late Daniel Arap Moi became president in 1978, he appointed Mwai Kibaki as his deputy. However, Daniel Arap Moi’s government was filled with corruption, greed for money and power, and abuse of human rights which was all faced with a lot of criticism from the international community, the opposition, and some members of Moi’s cabinet. Kibaki, dissatisfied with Moi’s rule, was dropped as vice president in 1988 and appointed as the Health Minister. When multiparty democracy was introduced in 1991, Kibaki saw that as an opportunity to leave Moi’s government and he formed the Democratic Party that same year. The party thrived becoming the third-strongest party in Parliament in 1992 and second-strongest in 1997. In both 1992 and 1997, Kibaki stood for the presidency and lost to President Moi where he came third and second respectively. Kibaki’s lucky charm finally came in the 2002 presidential elections when he formed a coalition with Raila Odinga and other opposition parties and formed the National Alliance of Rainbow Coalition (NARC). Kibaki was chosen as the flag-bearer of NARC competing against KANU’s Uhuru Kenyatta who had been fronted by President Moi to run for the presidency. Kibaki won the 2002 presidential elections with a landslide victory gaining 62% of the votes while Uhuru Kenyatta gained only 31% of the votes. However, after the elections, there were disputes in the coalition which arose when drafting a new constitution that saw President Kibaki falling out with the coalition and Raila Odinga.

In January 2003, President Kibaki introduced free primary education, and more than 1 million children who couldn’t afford the fees to attend school were educated. This earned him much praise internationally and the number of primary school pupils increased by more than a half in 2010. Due to his successful economic background, President Kibaki introduced economic reforms in Kenya, and in 2004, the country had recorded a 7% economic growth. The country’s tax base was widened by including the informal public transport sector. Kenya thrived economically during Kibaki’s regime because the country had been in economic stagnation during Moi’s tenure.

During the 2007 presidential elections, Raila Odinga as the flag-bearer of the Orange Democratic Movement (ODM) challenged President Kibaki for the presidential seat. But when Kibaki was sworn in at night as president in December 2007 after nearly losing to Odinga, Odinga claimed that the electoral commission had distorted the final result and that he had won the election. This sparked off a lot of anger from Raila Odinga’s ethnic group of the Luo and the Kalenjin as well as from Kibaki’s Kikuyu ethnic group. The violence among these ethnic groups led to a death toll of more than 1,200 people in a space of only 2 months which was regarded as Kenya’s worst political crisis. The political crisis stained Kibaki’s second term however a reconciliation was met which saw Raila Odinga being appointed as prime minister in 2008 and another constitution was drafted in August 2010 which limited the president’s power and also decentralization was introduced.

On April 9, 2013, Kibaki handed over power to Uhuru Kenyatta who is now the current president of Kenya. After his presidency, Kibaki led a quiet life leaving politics for good, which he was involved in for 50 years. Kibaki was married to Lucy Muthoni from 1961 until her death in 2016. The couple was blessed with four children and several grandchildren.

Kibaki left a legacy of economic prosperity in Kenya which was almost on the brink of collapse during Daniel Arap Moi’s regime. Regarded as one of the suave politicians of Kenya, Kibaki will forever be remembered in Kenya’s history books.

What should Ugandans Learn from Jacob Oulanyah’s Death?

Who was Jacob L’okori Oulanyah? By Benitah Florence Makuma (intern)