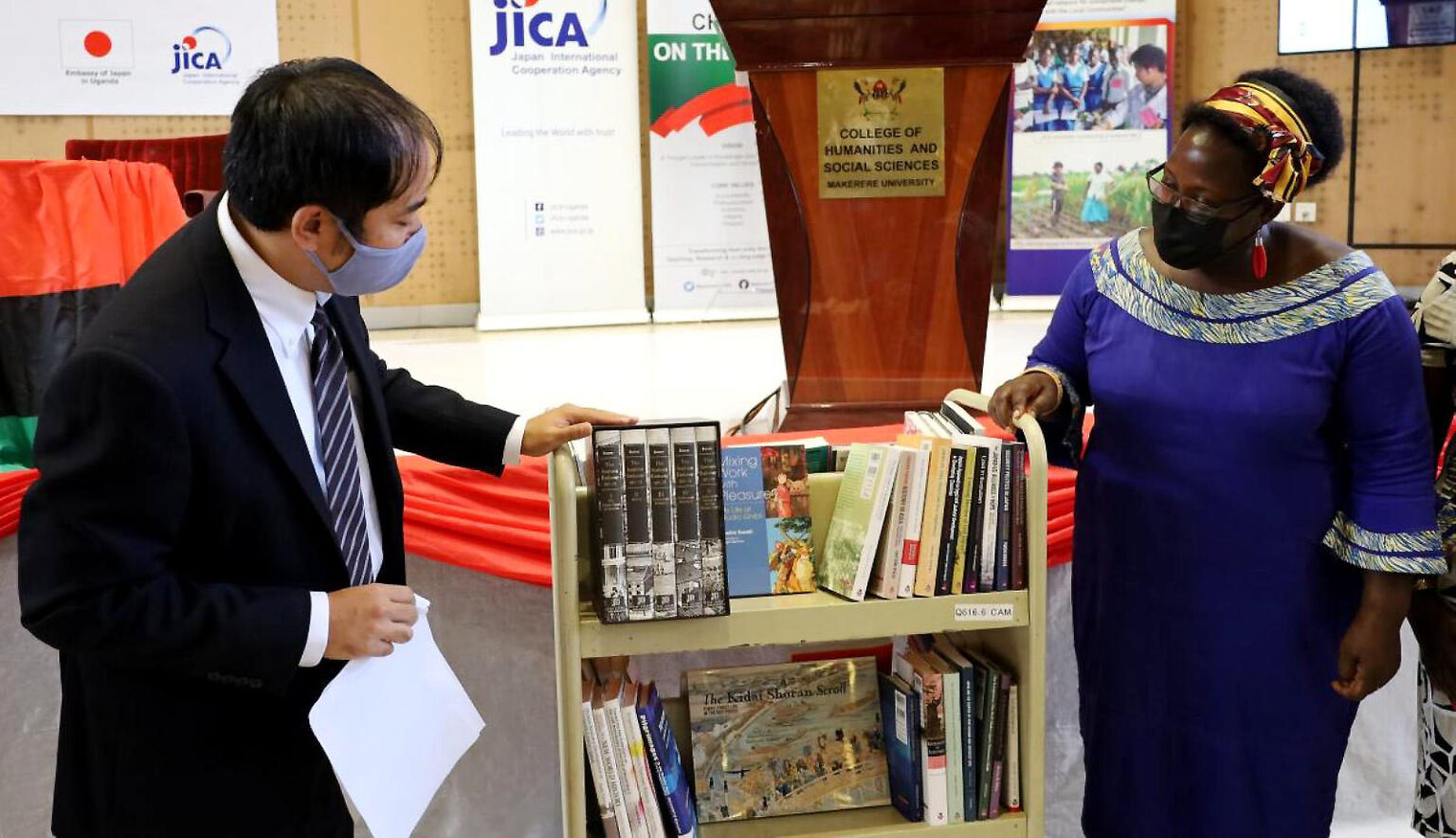 On Friday, March 25, 2022, Japan International Cooperation Agency (JICA) donated over 48 books to the College of Humanities and Social Sciences (CHUSS) at Makerere University to enhance Japanese studies at the university. JICA working hand-in-hand with the Japanese embassy made the donation with the intention of increasing the students’ interest in Japanese politics, social culture, modernization, business, economic and diplomatic features. The donation took place at the end of the successful JICA Chair and Japan week on Friday last week which was also in commemoration of the Makerere University’s 100 years of service to humanity.

The books were handed over by JICA’s Senior representative Mr. Fukuhara Ichiro to the Principle of Makerere University College of Humanities and Social Sciences, Associate Professor Josephine Ahikire at the university auditorium in the Central Teaching Facility 2 (CTF 2). On the first day of the Japan week, JICA gave 10 DVDs to the university which were about the seven chapters of Japan modernization with the aim of promoting Japanese studies at the university.

During the ceremony, Mr. Fukuhara Ichiro recommended a book called “Ibakular embassy (1871 – 1873)” which would greatly enrich the students’ understanding of Japan.  Picking an excerpt from the book, Mr. Fukuhara narrated how over 150 years ago, after a significant isolation from the war, Japan opened her doors to other foreign countries and thereafter dispatched ambassador Ibakular and other mission members on a diplomatic mission to the United States and Europe. The mission was later called the Ibakular mission.

The mission members including two government officials, scholars, and young students stayed overseas for over a year and studied, observed, and recorded different aspects of American and European societies including politics, industry, commerce, and agriculture. Gaining that knowledge enabled the mission members to define the works in their home country in Japan and how the knowledge contributed to the country’s development to this present day. Mr. Fukuhara said that such history would enable the students to have a clear understanding of Japan’s history.

The University vice-chancellor Barnabas Nawangwe said that he was certain the students acquired a lot of knowledge about Japan during the Japan week being the first-ever Japan week held at the university. He further extended his appreciation to the Japanese embassy and thanked them for always showing support to the university through sponsorships, infrastructure, and any other sort of assistance required.

Who was Jacob L’okori Oulanyah? By Benitah Florence Makuma (intern)

What should Ugandans Learn from Jacob Oulanyah’s Death?